Because I can't Avoid Writing...The Return of Thinking Aloud 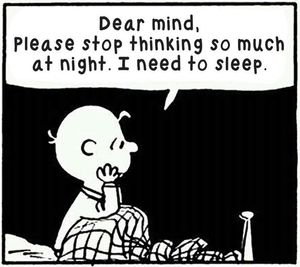 Before I held a guitar in my hands or penned any lyrics that became songs, I showed an interest in writing.  It was right around in middle school and I was starting to read heavier types of things like sci-fi and fantasy books and making up stories on my own.  Like music, I enjoyed the creative part, telling a story, and as a I grew to be an adult--sharing my experiences, beliefs, and ideas.  Even my past, pre-musician career, as a policy analyst/non-profit trainer--I wrote A LOT, and usually enjoyed the challenge of that part.

I began the original "Thinking Aloud" blog in 2009 as a way to share my music career.  Initially I wanted people to know what it was like to be a musician in the Washington, DC area and had the intent of getting other musicians to write their stories too.  The latter part never came to light, but I did write about tours I did, step-bys-step articles on doing things like booking shows or the 10 most annoying people at a gig, and even did a couple interviews.  Eventually, it began losing its mission of being a blog about me and more of a blog for those seeking self-help or how to's in the music industry.  Despite success in being picked up by popular DIY music sites like Reverb Nation, ASCAP, Music Think Tank and Hypebot, I ran out of ideas and the blog slowed down.  I ended writing on it in 2012.

I also met a wonderful woman in 2012 who became my wife in 2014, and well it was the best distraction I'd ever had and still is.  But I often found myself thinking of ideas that could be blog articles that stretch even outside the music realm.  Like the fact that I love the game of baseball (and had a blog in 2006-2007 about that).  Or that I loath politics, but sometimes have lots to say about an issue.  And that I've been getting into yoga, meditation, and mindfulness the last few years which has helped me immensely.

I guess my point is, there's more to me than Brian Franke the musician.  Just as there's probably more to you than, "person who shows up to work at 9am" everyday.  Aside from music, writing it probably my #2 go to for sharing my thoughts.  I realize that I have a lot I want to share beyond music, and so along with me re-doing my website, I'm going to bring back Thinking Aloud, because all I've been doing lately is the thinking part and not much of the sharing part.  And let's be honest, sometimes Facebook isn't the best place to share certain things.

In hindsight, I can't avoid writing because I do love to write.  However, this is a labor of love, I don't get paid to blog, and won't have many readers for a while.  The benefit to me is this will clear my head, cause a few conversations, and be therapeutic in some sense.  I'm going to do my best to write shorter pieces, things that get directly to the point, and may come across as blunt.  This is my space though and I plan to use it as such.  It'll be a hodgepodge of stuff, but comes from my silly brain.

I now welcome back Thinking Aloud, check back when ever you would like.